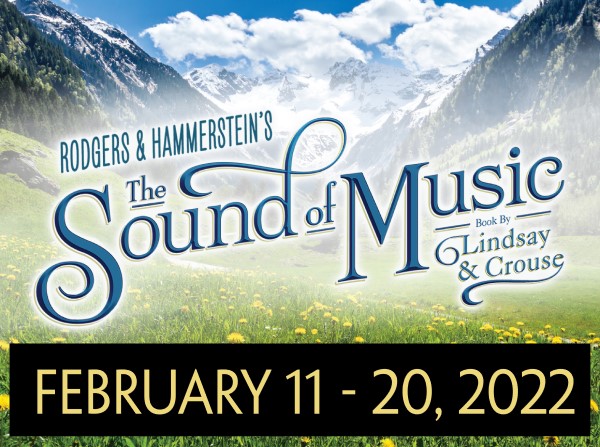 Parker Arts Academy is excited to present Rodgers and Hammerstein's THE SOUND OF MUSIC, one of the most beloved musicals of all time. Featuring cherished songs, including Climb Ev'ry Mountain, My Favorite Things, Do Re Mi, Sixteen Going on Seventeen and the title number, The Sound of Music won the hearts of audiences worldwide, earning five Tony Awards and five Oscars. The inspirational story, based on the memoir of Maria Augusta Trapp, follows an ebullient postulate who serves as governess to the seven children of the imperious Captain von Trapp, bringing music and joy to the household. But as the forces of Nazism take hold of Austria, Maria and the entire von Trapp family must make a moral decision. Directed by Jim Tropp, Choreographed by Michael Stanek and Music Directed by Matt Knutson. Tickets are available online at or in person at Knapton Musik Knotes, Voigt Music Center, and at the box office on the day of performances. Performances February 11, 18, and 19 at 7 PM, and February 13, 19 and 20 at 1 PM.