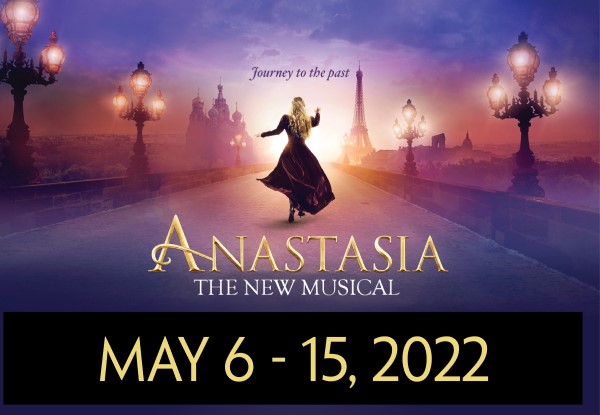 Her past is a mystery. Her future is an adventure. The Parker Arts Academy is excited to present Anastasia: The Musical, the spectacular new musical about discovering who you are and defining who you're meant to be. Based on the beloved animated movie from 20th Century Fox, Anastasia is both a heartwarming and heart-wrenching dive into one of history's biggest unanswered questions: what happened to Grand Duchess Anastasia Romanov? This dazzling show transports its audience from the twilight of the Russian Empire to the euphoria of Paris in the 1920s, as a brave young woman sets out to discover the mystery of her past. Pursued by a ruthless Soviet officer determined to silence her, Anya enlists the aid of a dashing con man and a lovable ex-aristocrat. Together, they embark on an epic adventure to help her find home, love and family. Directed by Jim Tropp, Choreographed by Michael Stanek and Music Directed by Matt Knutson. Tickets are available online at or in person at Knapton Musik Knotes, Voigt Music Center, and at the box office on the day of performances. Performances May 6, 7, 13, and 14 at 7 PM and May 8 and 15 at 1 and 6 PM.